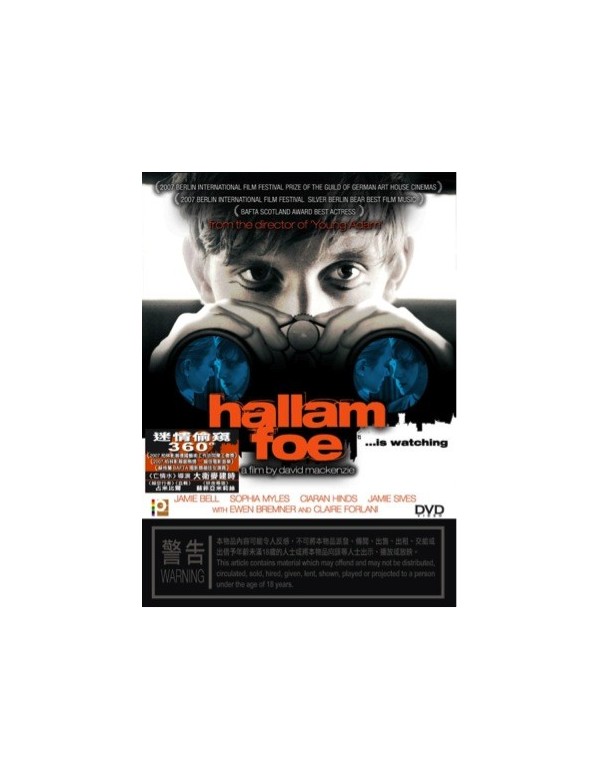 Hallam's talent for spying on people reveals his darkest fears ── and his most peculiar desires. Driven to expose the true cause of his mother's death, he instead find himself searching the rooftops of the city for love. Hallam Foe is a boy haunted by the enigma of his mother's death. Did she drown herself, or was she pushed? Hallam has evidence which he believes implicates Verity ── his alluring, feline stepmother. As he spies on her by every means, his attraction to her grows. His only resort is to flee the family nest in Scottish Highlands. Wandering the streets of Edinburgh, he catches a glimpse of Kate, a young woman who looks uncannily like his mother, he follows her back to the hotel where she works, and gets a job there. By day he discovers friends among social outcasts, and by night he clambers over city roofs, spying on people in all their hilarious strangeness. Exploring the high clock-tower of the hotel, he finds a new hideaway from where he can gaze Kate in her rooftop apartment... How can Hallam deliver his love to Kate from distance? How can he faces the conspiracy behind her mother's death? By watching other people, he has avoided looking at himself, but, the real struggle is against an enemy within.
PANDVD520976