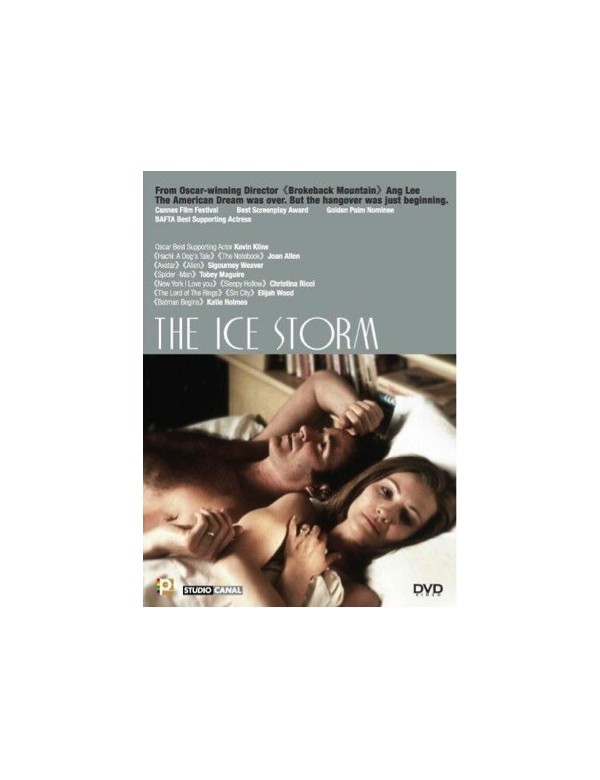 1973, Connecticut. Watergate has caught up with Richard Nixon. The Beatles are recording solo albums. Wife-swapping has come to the suburbs. And, the Hood family is skidding out of control.Ben Hood (Kevin Kline) is trying to bed his mistress, next-door neighbor Janey Carver (Sigourney Weaver) . Ben's wife, Elena (Joan Allen), is losing patience with her husband's clumsy lies. Young Wendy Hood (Christina Ricci) is finding new games to play with the boys next door, Mikey Carver (Elijah Wood) and his little brother .The Hoods' son Paul (Tobey Maguire) escapes to Manhattan to pursue an alluring rich girl while the parents of the two families attend a cocktail party which turns out to be a "key party": a wife-swapping lottery for couples who dare or just don't care anymore. As night falls and the members of the family embark on their separate sexual odysseys, the worst ice storm in thirty years hits the coast. The events of that night -- by turns ribald, comic and tragic -- will bring the Hood family face-to-face with one another for the first time when they meet again, in the cold early light of the morning after the ice storm has passed.
PANDVD521141