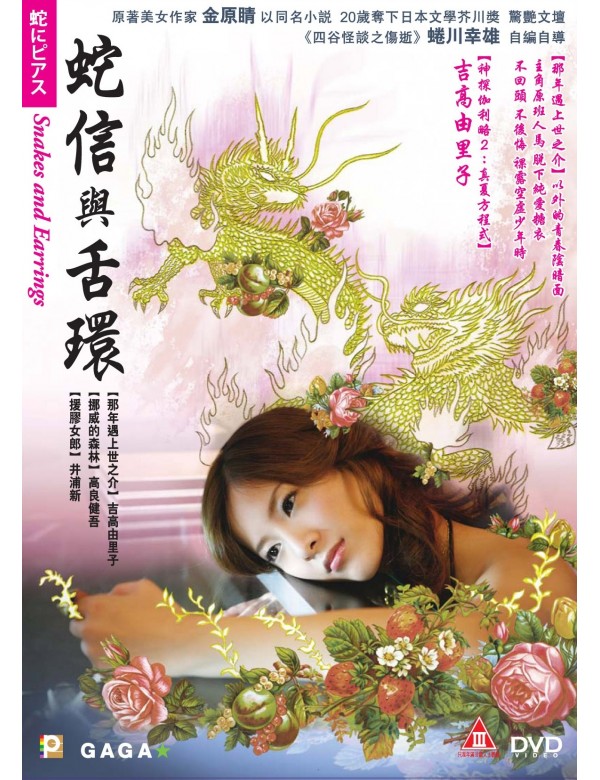 HKD$19.00
Snakes and Earrings
Director
Yukio Ninagawa   (Warau Iemon - Eternal Love)
Cast
Yuriko Yoshitaka  (Midsummer Formula)
Kengo Kora           (Norwegian Wood)
Arata                       (Air Doll)
Synopsis
Hitomi Kanehara - Original Writer
"Snakes and Earrings" won the top Japanese literary award, the Akutagawa Prize, in 2004.
Lui (Yuriko Yoshitaka) is nineteen years old, beautiful, bored and unmotivated. When she meets Ama (Kengo Kora) in a bar, she finds herself mesmerized by his forked tongue and moves in with him and has her own tongue pierced. Determined to push her boundaries further, she asks Ama's friend Shiba (Arata) to design an exquisite tattoo for her back. But what Shiba demands as payment for the tattoo leads Lui into a brutal and explicit love triangle like no other. Then, after a violent encounter on the backstreets of Tokyo, Ama vanishes and Lui must face up to the reality of her life…