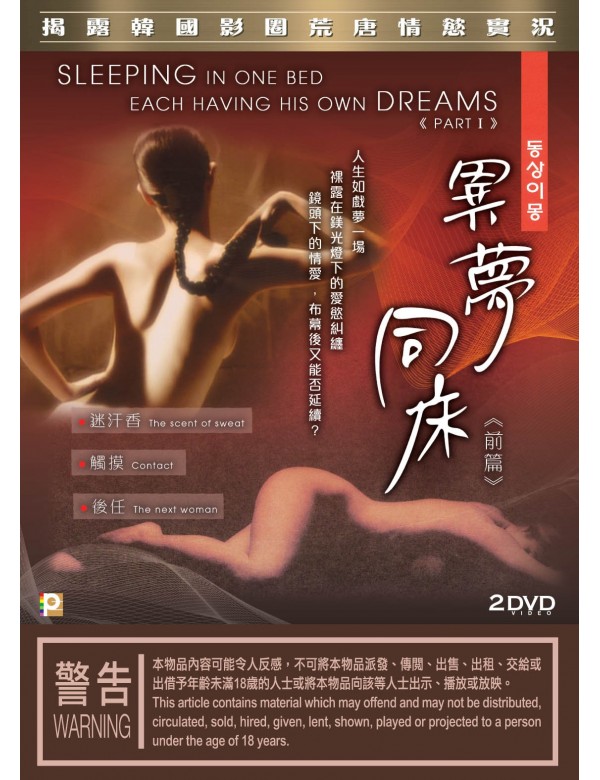 Synopsis
The Scent of Sweat
Zhihui always dreams to become an actress some day; she meets a writer Kengzhu at the restaurant where she is working. They start their relationship with strong passion in which they will spend their days and nights together, until Kengzhu meets a new girl, and leaves Zhihui heartbroken.
Zhihui goes for a casting audition, thinking the life of the female protagonist very much resembles hers, and finds out the script is adapted from one of Kengzhu's novels.
Contact
The female documentary director, Tingen, attempts to film her first erotic drama, and bringing her beloved and trusted pet Minxi to the set. Photographer Pu dislikes Tingen instantly, thinking she does not deserve to be a director, therefore, gives her a hard time during shooting. Tingen insists on deleting one sexual scene, to respect the true essence of the original story, yet Pu disagrees.
All the male crew depises this female director, two of them deliberately hide her dog, and lose it for real afterwards. Tingen leaving the trauma of losing her pet behind and gets better and better despite the detached attitude of the crew.
The Next Woman
The female sound engineer has otitis, and interestingly ear is the most sensitive organ of hers; she always requests her little fling Zhouwang to whisper words to arouse her sexually.
She joins the shooting crew to help Tingen, meets with the male lead Mishang and falls in love with him at first sight, yet nothing develops between them at that time. Mishang goes to her studio after the shooting for the dubbing of his sex scenes; she instructs him to bring out the authenticity by imagining having sex for real. She kept on looping the recordings to herself afterwards.