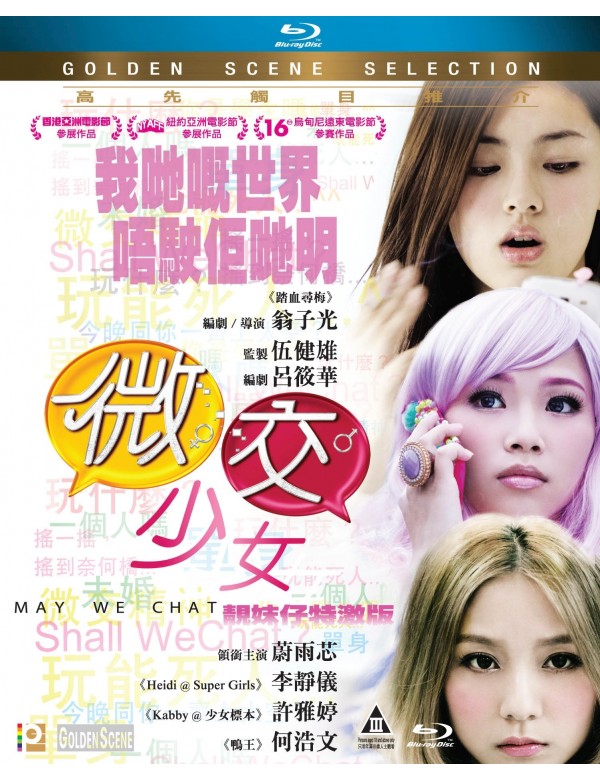 May We Chat (Blu-ray)

Made in 1982, Lonely Fifteen was a critically acclaimed neorealist drama about the lives of several wayward young girls who fall into the dangerous world of prostitution. Over two decades later, The Way We Are writer Lou Shiu-wa and Glamorous Youth director Philip Yung team up for a new chapter of the story. Set in the generation of smartphones and web 2.0, the film follows three troubled young girls who will do anything to escape their stifling lives – even if it means turning to drugs and prostitution. The advent of technology may have made communication easier than ever, but cautionary tales of misunderstood youths remain as relevant as they were two decades ago.
PANCB1511060