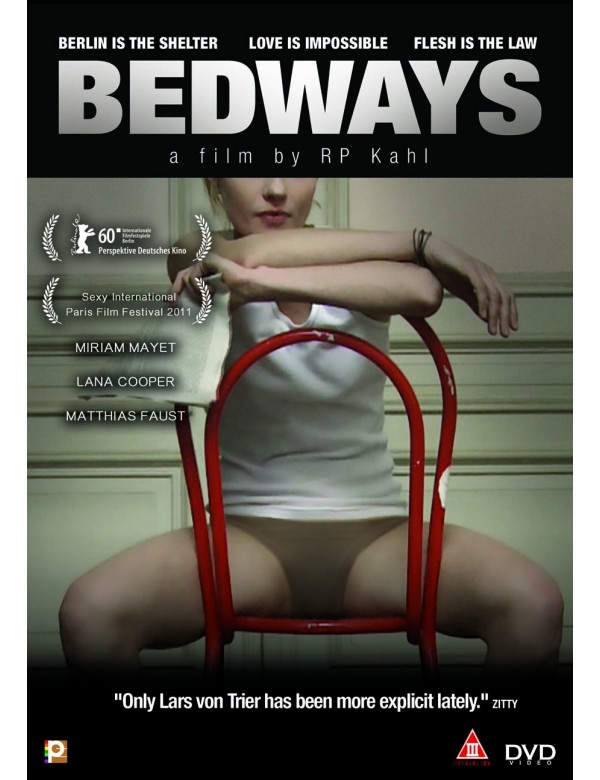 HKD$19.00
Title: Bedways
Director: RP Kahl
Starring: Miriam Mayet/Matthias Faust/Lana Cooper
Type: FOREIGN
Genre: Erotic
Category: IIB
Year: 2011
Synopsis:
Berlin International Film Festival "Perspective German Cinema" Closing Film
Sexy International Paris Film Festival 2011
Director Nina wants to shoot a film about love and sex. She invites her actor-friends Hans and Marie for screen tests in an almost empty flat in Berlin for a couple of days. For Nina love is not necessarily a matter of emotion – she is rather looking for an authentic depiction of sex. Her strategies of seduction and uncertainty weave an ever-tightening web around Hans and Marie. The intimate collaboration turns into experiments with film, love and bodies and finally has an impact on the private relationships between the three of them. It seems that the boundaries between acting and reality begin to disappear.