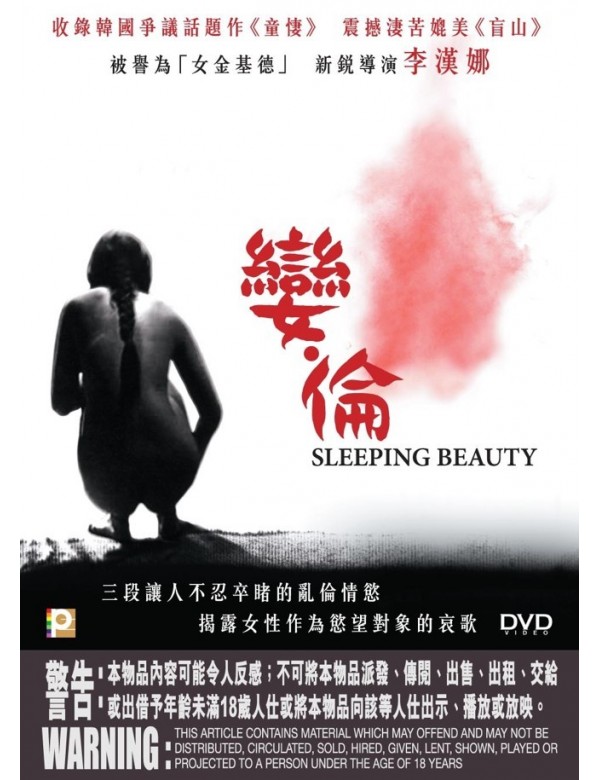 HKD$29.00
HKD$9.00 Save HKD$20.00
Sleeping Beauty
Director
Hanna Lee
Synopsis
-My Cousin-
Do-yun , who is in the sixth grade ,lives with her divorced Mother. One day during winter break, her grandmother passes away, and she goes to the suburbs with her mother. All the adults are busy preparing for the funeral, so, Do Yun spends time with her cousin , Sang Jun, who is her age.

-Winter Sleep- The 50 year old blunt lady lives with her old father, who has dementia. Never having a child, she had raised a duck with her husband. But one day he left, and never came back.

-Sleeping Beauty- Chinese Mother and daughter arrive in korea, who are ethnically Korean. Mother make sher daughter SuJin adoptintoa very old man Kim who lives suburbs. So, mother is admitted into a Korea easily and then She is married a korean. Kim lives with his aged mother and grandson of his dead son who is a high school student. Su Jin knows she stays with Kim's aged mother, But she sleep with kim from the first night.
PANDVD521242