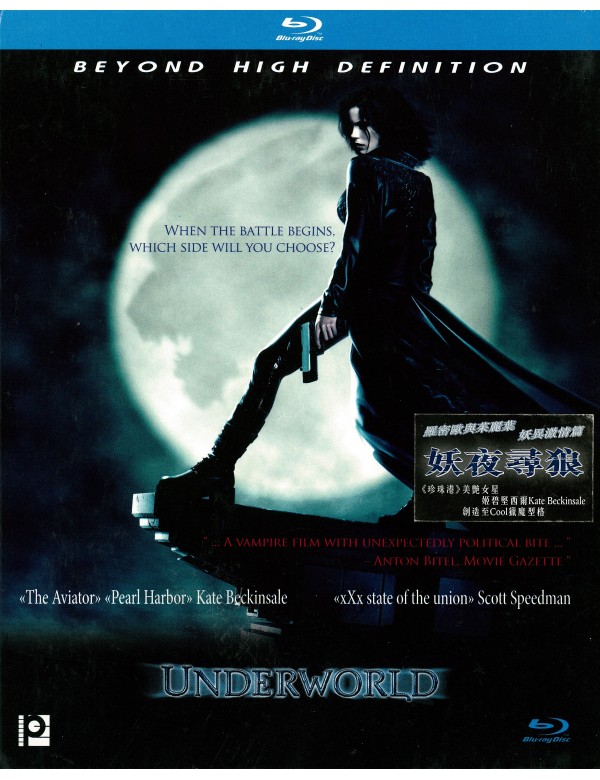 
Synopsis
For centuries, two races have evolved hidden deeply within human culture - Vampires and Lycans. The Vampire warrior, Selene (Kate Beckinsale), discovers a Lycan plot to kidnap a young human doctor. After shadowing Michael (Scott Speedman) through the city, she forms an unprecedented bond with him, and when the Lycans make their next move, Selene is there to fend off their vicious assault.

Selene discovers a secret that has terrifying repercussions for both tribes - a nefarious plan to awaken a new invincible species of predator that combines the strengths of both creatures and the weaknesses of neither, which threatens to tip the balance of power in favor of the werewolves, who have been on the losing end of the struggle for centuries.