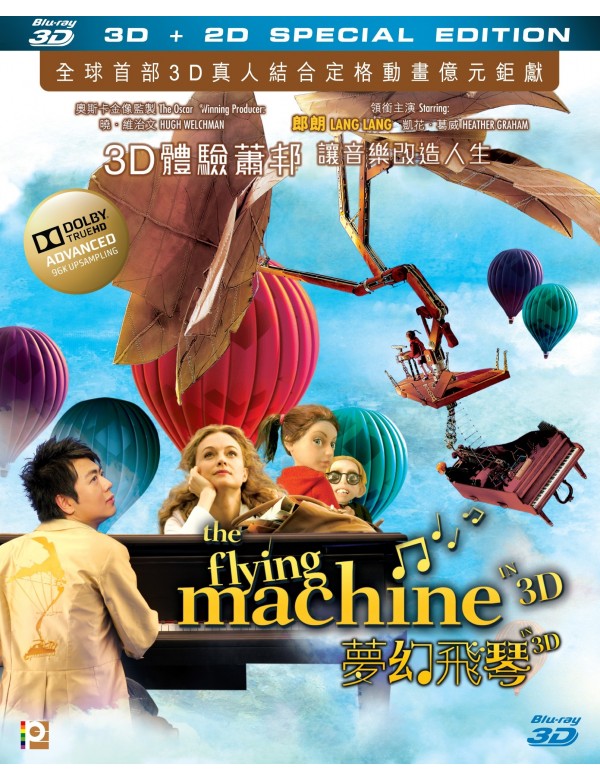 HKD$49.00
The Flying Machine
Synopsis
The film takes off in London when over-worked single mum, Georgie takes her children, Jane and Fred, to see The Flying Machine, a film being accompanied live by super-star pianist, Lang Lang, playing Frederic Chopin masterpieces. The film, which we get to watch as well, is called "The Magic Piano". Jane and Fred are enchanted, but as soon as they leave the cinema, their mother Georgie is right back on the phone. When she finishes her call she notices the kids are gone. They were engrossed into the magical world of the Flying Machine that they have flown away with it. Georgie, with a little help from Lang Lang, follows Jane and Fred on their way to Warsaw where Chopin's is buried. On her way she gets to understand how much was she missing and how much she loves her kids.