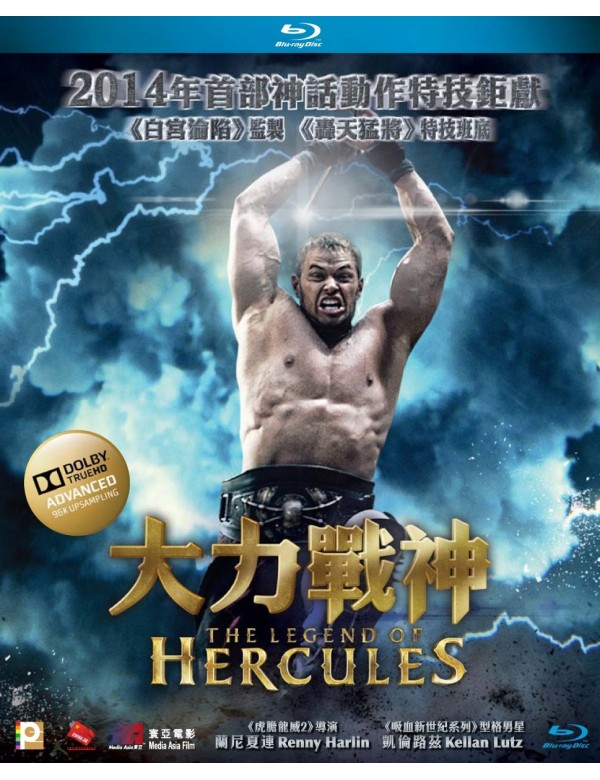 The Legend of Hercules (2D Blu-ray)

Synopsis
From the illustrious narratives of ancient Greek mythology where mortals and gods collide, comes the story of THE LEGEND OF HERCULES. A reimagining of the hero’s epic origins, the film approaches Hercules’ otherworldly and legendary history from the perspective of a young man struggling with his destiny.
Desperate to free her people from the rule of her vengeful husband and bring peace to the land, Queen Alcmene prays to the gods for guidance. She is granted a son, Hercules, by Zeus, the God of War. As his true identity remains secret, Hercules’ illegitimacy is resented by King Amphitryon, who favors his elder son, Iphicles.
As a young man, Hercules falls in love with the beautiful Hebe, until they are suddenly torn apart by his father’s proclamation that Iphicles shall marry the princess.  Planning to run away and marry his love, Hercules is captured by King Amphitryon’s guards and sent off to die at war. Escaping death, Hercules unites with fellow warrior, Sotiris, on a noble quest to free the kingdom from Amphitryon’s tyranny, win back his true love from his brother’s grasps, and take his place as the greatest of Greek heroes.