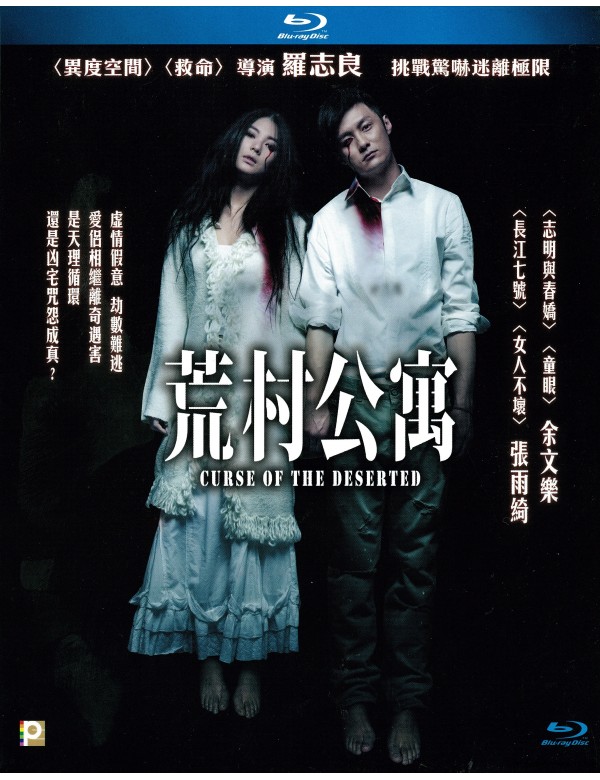 Curse of the Deserted (Blu-ray)

Young writer Guo (Shawn Yue) wrote about a titular curse in his book, “The Deserted Village”. It began 500 years ago in the Ming Dynasty, when one of the villagers died of terminal illness. The widow Yanzi vowed to stay with her husband forever but when the man suddenly returned to life. The horrified neighbours believed that he was a monster. They burned him to death and torched his mansion. The devastated Yanzi upheld her vow and threw herself into the fire. Since then, the village was cursed and the mansion subsequent inhabitant dies mysteriously. Some say only couples who share true love can survive in that village. Those who are unfaithful will come to their demise. To the world, the book was pure fiction. Only Guo and his ex-girlfriend Zhi (Kitty Zhang) had lived through the horror to know its existence. When four college students decided to explore the village themselves, the trip led them to an ancient well in Yanzi’s mansion, where the curse was unleashed once again.
PANBD521158