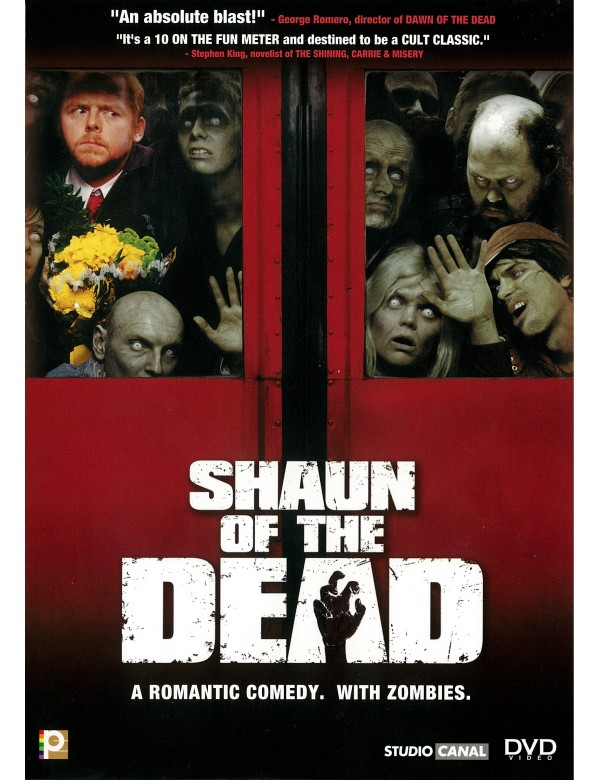 Shaun of the Dead (DVD)

Synopsis
Get ready for a gut-busting, bone-mashing good time in the hilarious horror comedy, Shaun of the Dead.

There comes a day in every man's life when he has to get off the couch... and kill some zombies. When flesh-eating zombies are on the hunt for a bite to eat amidst a full scale Zombie Epidemic, it's up to slacker (Simon Pegg) and his best mate Ed (Nick Frost), armed with a cricket bat and spade, to save their friends and family from becoming the next entree. Satisfy your bloodthirsty appetite with the movie that horror film masters and critics alike are hailing as the funniest and scariest movie of the year. It's a screamingly hilarious zomedy that will have you dying with laughter.
PANDVD520666