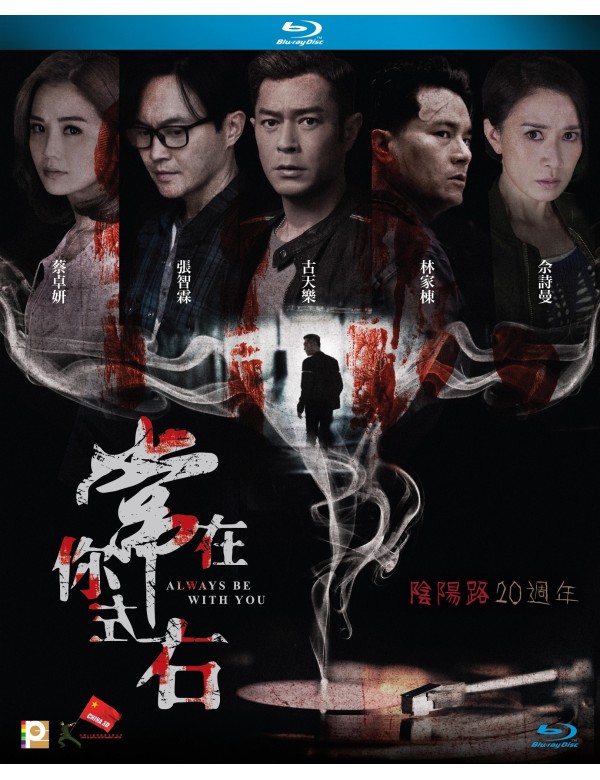 Always Be With You (Blu-ray)

Synopsis
David is drunk and loses control of his car to opposite lane. The off-duty police officer, Sam and his wife Ah Si are able to avoid the collision by switching their steering wheel immediately. David’s car smashes Patrick’s car on the opposite lane eventually and Patrick is killed. Ms. Xiao Hung, after breaking up with her boyfriend, she commits suicide by jumping off a building and hits on the top of Patrick’s car.
The crematorium worker, Zhi Qiang, he steals a pair of 24k gold bracelets from funerary objects to repay his debts. Patrick’s wife, Yu Yin would like to fulfill his husband’s last wish - running the vacation house. But a series of strange events happen. Jimie’s vinyl keeps showing up at Sam and Ah Si’s apartment even though it has been dumped for several times. People involved in the car accident are tied with strange events.
PANCB1712030