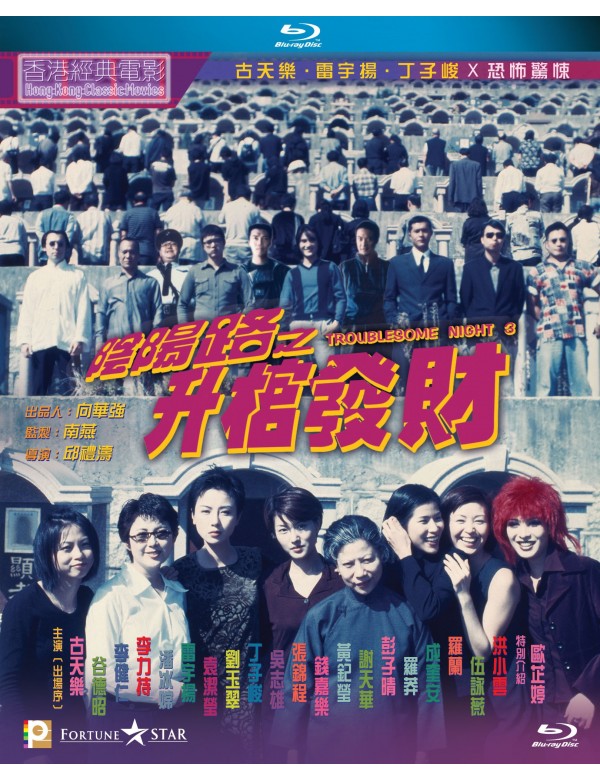 Synopsis
This is the third film in the “Troublesome Night” series, consisting of three loosely-connected segments. Shishedo (Allen Ting), a mortician, is grief-stricken when his favorite singer is killed in a car accident. Gigi (Christine Ng) wants a memorial service for her departed mother (Law Lan). Cheong (Simon Lui) coaxed Gigi into purchasing tons of service materials from them. The ghost of Gigi’s mother returns to haunt Cheong. Nick (Louis Koo) works at a coffin shop and he secretly admires Hung (Fennie Yuen), a  mortuary makeup artist, for a long time. Lastly, Hung is dumped by her boyfriend David (Michael Tse) because the thought of her working at the mortuary doesn’t appeal to him and she committed suicide.