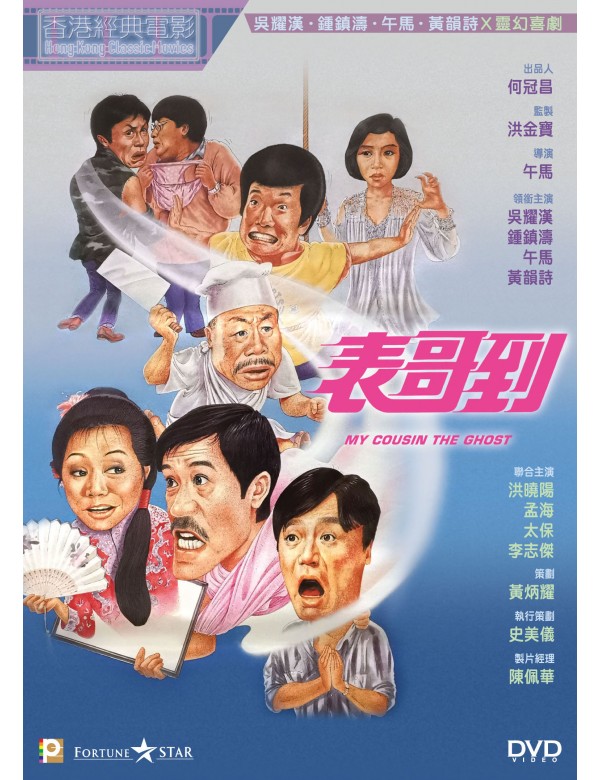 My Cousin The Ghost (DVD)

My Cousin The Ghost

Synopsis
Richard (Richard Ng), a caterer in England, has built a reputation as being very mean. He once informed immigration officers of his cousin Ma's (Ng Ma) illegal stay status, resulting in Ma's forced return to Hong Kong. Kenny (Kenny Bee), another cousin of Richard's, waits on Hong Kong tables. One day, he is advised of Richard's return to Hong Kong to find a wife. Kenny goes to greet the plane but there is no Richard. Upon his return, Kenny is surprised to find Richard has already in the house. Richard's presence causes stress and tension for the many people living under the same roof...