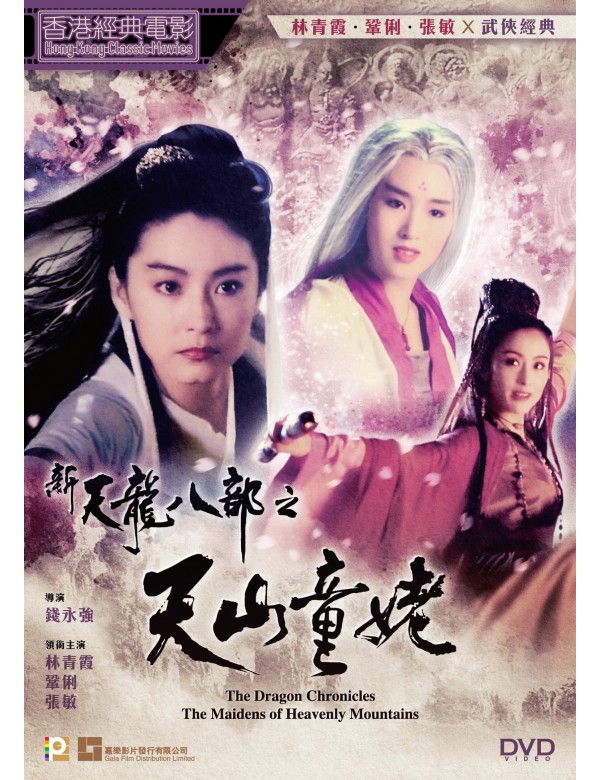 The Dragon Chronicles - The Maidens of Heavenly Mountains (DVD)

They say in that never never land beyond the edge of the earth stand the snow-topped Heavenly Mountains. There lives an old man with infinite power but a broken heart. He is loved by two beautiful women; The Good Twin (Brigitte Lin) who is kind, even to her rivals. The Wicked Twin (Brigitte Lin) who resorts to poison and deviltry to win his heart. Cirrus (Gong Li), the most talented of the trio who is cursed to return to childhood every 30 years.

The old man refuses to transfer his power to his evil student Ting (Norman Tsui) and is poisoned. He sets a chessboard poser. Whoever clever enough to solve the poser will inherit his power, he says. Along comes the Monk (Frankie Lam). Newly ordained and naive, he is going up the Mountain. But he is trapped by Ting’s student Purple (Sharla Cheung). That turns out to be a blessing in disguise as the Monk becomes more powerful. The Monk goes to the end of the earth, climbs the Mountain and solves the poser. The old man then transfers his power into the Monk.

Now, Ting attacks. Are they able to survive the final battle?