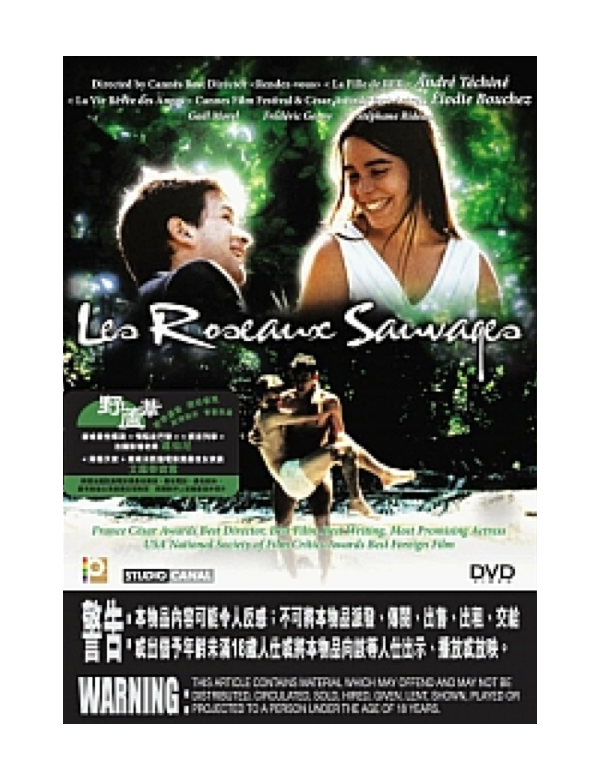 1962, South-West France. Francois(Gael Morel), a shy 18-year old guy of lower middle class, is preparing his diploma. He always hangs around with his best friend, communist Maite (Elodie Bouchez), with whom he talks a lot about film and Literature. In the boarding school, Francois becomes acquianted with farmer's son Serge (Stephane Rideau) and gradually develops a sensual relationship with him. Through this relationship, Francois realizes and confess to Maite such hidden homosexuality and deep emotions towards Serge. Maite encourages him despite of her disappointment. On the contrary, Serge's attitude towards Francois is nothing more than curiosity and that his passion for Maite grows, whereas the latter only preserves in her heart the platonic love towards Francois... Such love triangle is put against the backdrop of the Algerian independent war, with Algerian-born French exile, Henri(Frederic Gorny), who aggravates the conflicts and spirals upon his arrival at the boarding school.
PANDVD521011