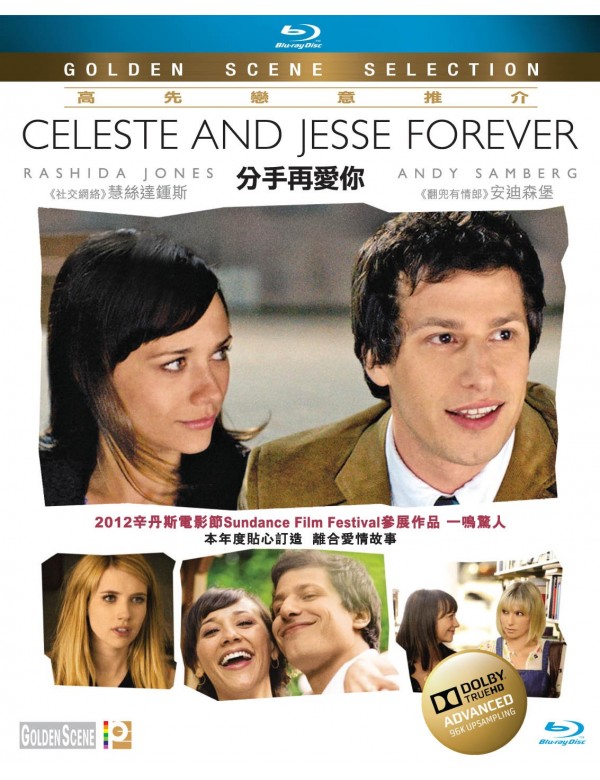 HKD$49.00
Title: Celeste And Jesse Forever (Blu-ray)
Director: Lee Toland Krieger
Starring: Rashida Jones, Andy Samberg
Type: ENGLISH
Genre: ROMANCE
Category: IIB
Year: 2012
Synopsis:
Celeste (Rashida Jones) and Jesse (Andy Samberg) met in high school, married young and are growing apart. Now thirty, Celeste is the driven owner of her own media consulting firm, Jesse is once again unemployed and in no particular rush to do anything with his life. Celeste is convinced that divorcing Jesse is the right thing to do -- she is on her way up, he is on his way nowhere, and if they do it now instead of later, they can remain supportive friends. Jesse passively accepts this transition into friendship, even though he is still in love with her. As the reality of their separation sets in, Celeste slowly and painfully realizes she has been cavalier about their relationship, and her decision, which once seemed mature and progressive, now seems impulsive and selfish. But her timing with Jesse is less than fortuitous. While navigating the turbulent changes in their lives and in their hearts, these two learn that in order to truly love someone, you may have to let them go.