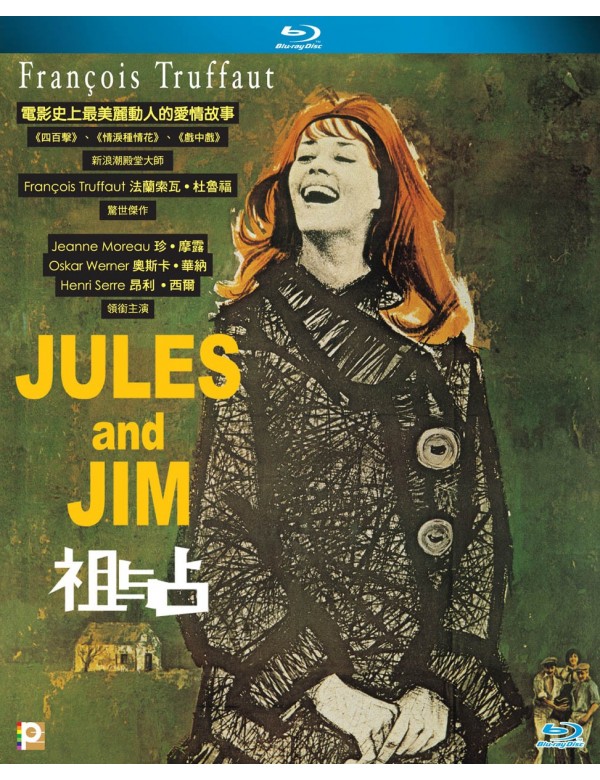 HKD$49.00
Title: Jules And Jim (Blu-Ray)
Director: Francois Truffaut
Starring: Jeanne Moreau, Oscar Werner, Henri Serre
Type: FOREIGN
Genre: ROMANCE
Category: IIA
Year: 1962
Synopsis:
French New Wave filmmaker Francois Truffaut’s third film tells a dilettantish menage-a-trois taking place around World War I, with Jeanne Moreau as the femme fatale at its center. The major theme of the film is the inability of the characters (Jules, Jim and the woman both are infatuated with, Catherine) to abandon a stage of youthful idealism and the longing for an illusory freedom. Changing constantly from pathos to whimsy and back again, the film is still fascinating to watch after almost half a decade. Jeanne Moreau’s tired beauty has an erotic suggestibility that remains unmatched in the history of cinema.