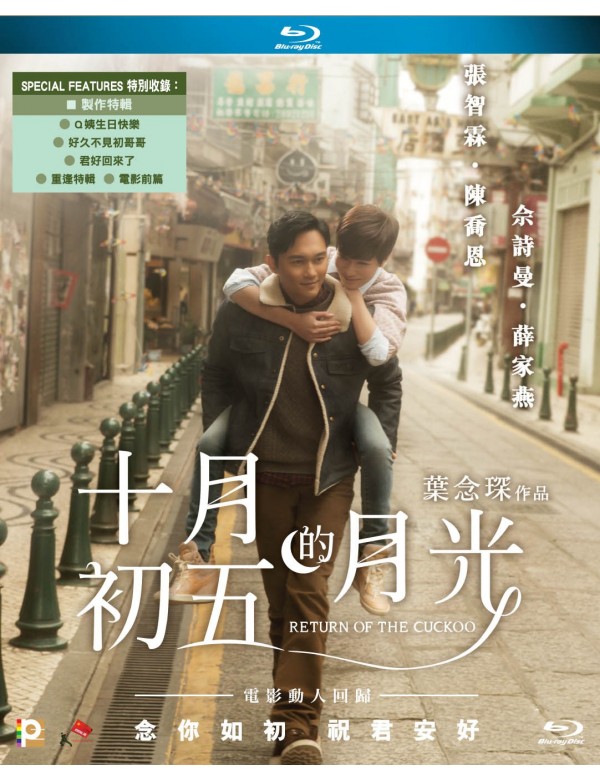 Return of the Cuckoo (Blu-ray)

Return of the Cuckoo

Synopsis
On the day of the handover of Macau in 1999, Man-Cho (Chi Lam Cheung), Kiki (Joe Chen) and a group of neighbors were celebrating with Aunty Q (Nancy Sit) for her birthday. Kwan-Ho who migrated to the US for some years, also appeared to give a surprise to all people. However, Man-Cho discovered Kwan Ho looking very preoccupied.

Kam-Sing (Michael Tong) who had made his name as a casino tycoon, came congratulating Aunty Q’s birthday, but was arrested on illegal operation of peripheral casino and sentenced to seven years. At the same night, Man-Cho receives the news that Lai-Sun has died in a car accident, Man-Cho was worried and followed Kwan-ho to the hotel, which stopped her to commit suicide. After Kwan-ho being fully recovered from hospital. She is always reticent and occupied by thoughts, so Man-Cho, Aunty Q and Kiki tried their best to help her extricate from grief and be her true self with ardent in life and family.

After many years of hardship, Man-Cho, Kwan-Ho, Kam-Sing and Aunty Q have experienced the joys and sorrows of life. Most importantly, they are still together, striving, sharing and rejoicing. However, Man-Cho hurt his head in an accident, since there was no proper treatment at that time, blood stagnation has spread in the brain. The doctor advised him to undergo brain surgery as soon as possible, but he might have high risk of memory loss due to this surgery...