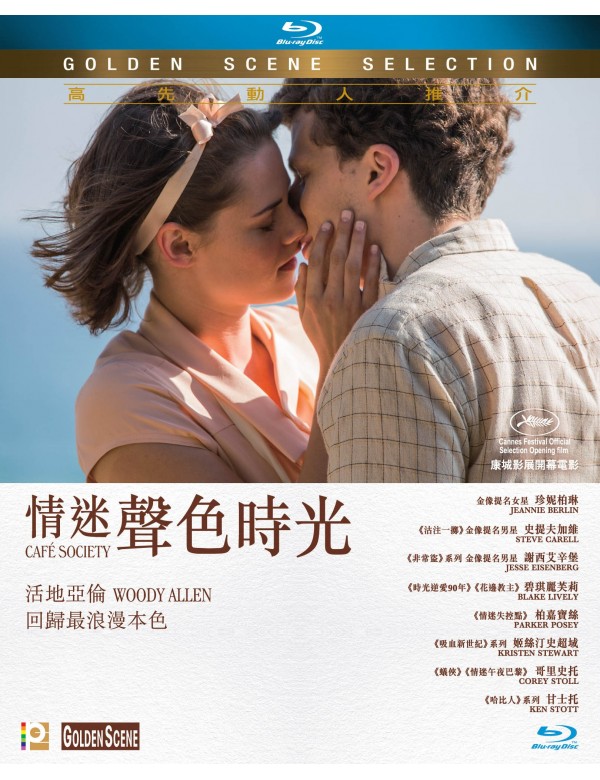 
Synopsis
Set in the 1930s, Woody Allen’s bittersweet romance CAFÉ SOCIETY follows Bronx-born Bobby Dorfman (Jesse Eisenberg) to Hollywood, where he falls in love, and back to New York, where he is swept up in the vibrant world of high society nightclub life.
Seeking more out of life, Bobby flees his father’s jewelry store for Hollywood, where he works for his high-powered agent uncle Phil (Steve Carell). He soon falls for Phil’s charming assistant Vonnie (Kristen Stewart)... but things do not go as smoothly as planned.
Heartbroken, Bobby returns to New York, where he begins working for Ben, who has muscled his way into owning a nightclub. Bobby displays natural talents as an impresario and swiftly promotes the club into the hottest in town, renaming it “Les Tropiques.”
Everything seems to have fallen into place for Bobby until the night Vonnie walks into “Les Tropiques.”