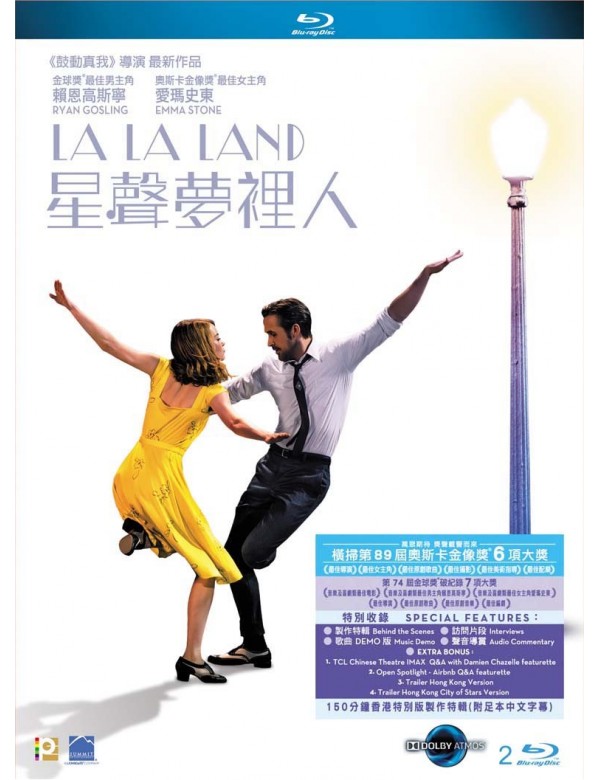 01. Another Day of Sun: They Closed Down a Freeway

10. Epilogue: The Romance of the Dream

11. Damien & Justin Sing: The Demos - What a Waste of a Lovely Night

Synopsis
The film begins as everything begins in L.A.: on the freeway. This is where Sebastian meets Mia, with a disdainful honk in a traffic jam that mirrors all too well the gridlock they’re each navigating in their lives. Both are focused on the kind of near-impossible hopes that are the lifeblood of the city: Sebastian trying to get people to care about traditional jazz in the 21st Century, Mia aiming to nail just one uninterrupted audition. But neither expects that their fateful encounter will lead them to take leaps they never could alone.
The leaps they both make, towards each other and, conflictingly, into their grandest artistic dreams, creates its own quintessentially cinematic world of rapture in La La Land – one that with light, color, sound, music and words takes a trip directly into the ecstasies of the happiness we chase… and the heartache of the passions we never get over.
PANOB1704063