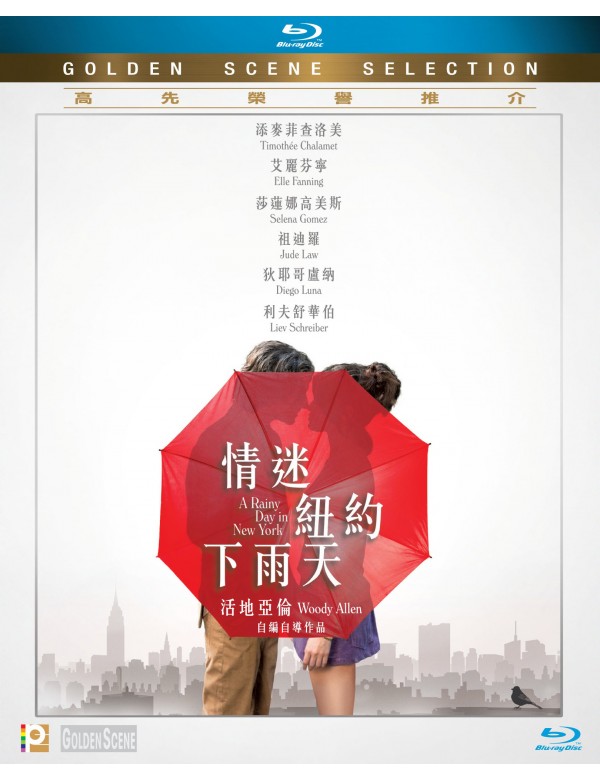 When Ashleigh (Elle Fanning) gets an assignment from the school paper to interview celebrated film director Roland Pollard (Liev Schreiber) in Manhattan, Gatsby (Timothée Chalamet) seizes the opportunity to show Arizona-bred Ashleigh his favorite haunts in his hometown. An old soul, Gatsby loves vintage New York, and he puts together a jam-packed itinerary of classic haunts like the Bemelman’s Bar. Gatsby’s well-laid plans are quickly sidetracked when Pollard invites Ashleigh to watch a work-in-progress screening of his new film. Ashleigh is soon off on a head-spinning series of encounters that lead her from Pollard to screenwriter Ted Davidoff (Jude Law) to movie star Francisco Vega (Diego Luna). Left to his own devices in the city, Gatsby ends up spending the day with Chan (Selena Gomez), the sharp-witted younger sister of his ex-girlfriend. He also goes to a party thrown by his wealthy parents, where he has a life-changing conversation with his mother (Cherry Jones). Over the course of a dreamy and drizzly day in New York, Ashleigh discovers she might not be who she thought she was and Gatsby learns that while you only live once, once is enough if you find the right person.