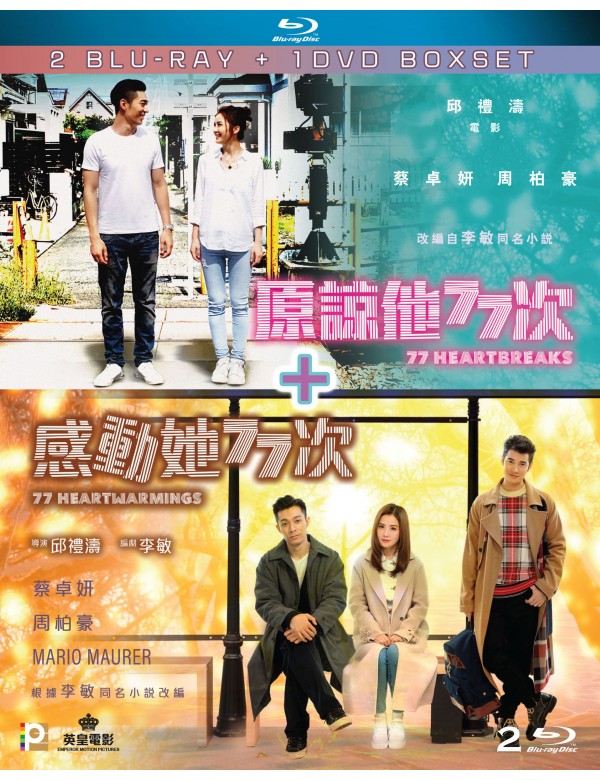 Eva (Charlene Choi) sees people split up for all kinds of reasons as a divorce lawyer, but she hasn't seen much proof of true love in the real world. Suddenly, Eva finds herself caught between three suitors: Her ex-boyfriend, Adam (Pakho Chau); Marvel (Mario Maurer), a mysterious street artist; and NT Deng, an eccentric billionaire. Who will successfully warm her heart?

Synopsis
When Eva ends her ten-year relationship with Adam, he's shocked by the seeming suddenness of the break-up till reading her private journal reveals it was the culmination of 77 heartbreaks. He is determined to win her back, but faces the hurdles of a drunken affair and the secret contained in the journal's missing last page.
PANCB2109022