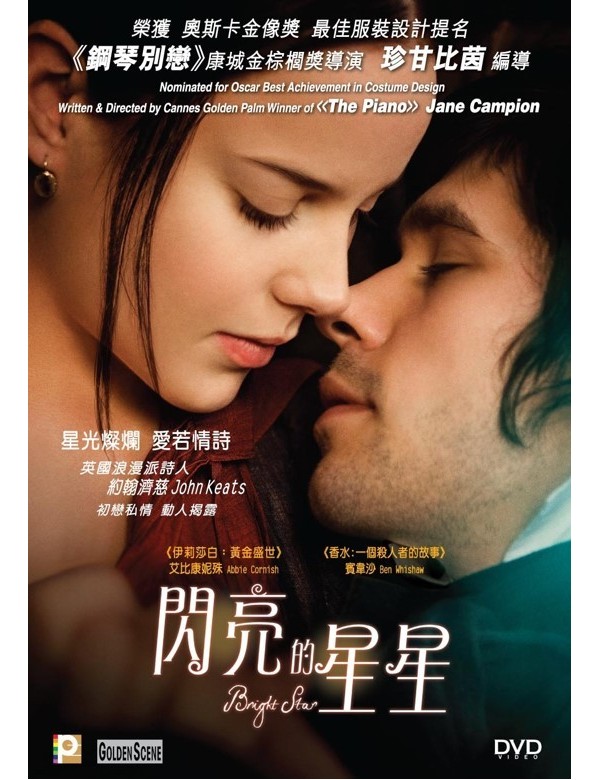 HKD$19.00
Title: Bright Star
Director: Jane Campion
Starring: Abbie Cornish,Ben Whishaw
Type: ENGLISH
Genre: ROMANCE
Category: IIA
Year: 2009
Synopsis:
London 1818: a secret love affair begins between 23 year old English poet, John Keats, and the girl next door, Fanny Brawne, an outspoken student of fashion. This unlikely pair started at odds; he thinking her a stylish minx, she unimpressed by literature in general. It was the illness of Keats’s younger brother that drew them together. Keats was touched by Fanny’s efforts to help and agreed to teach her poetry. By the time Fanny’s alarmed mother and Keats’s best friend Brown realised their attachment, the relationship had an unstoppable momentum. Intensely and helplessly absorbed in each other, the young lovers were swept into powerful new sensations, “I have the feeling as if I were dissolving”, Keats wrote to her. Together they rode a wave of romantic obsession that deepened as their troubles mounted. Only Keats’s illness proved insurmountable.