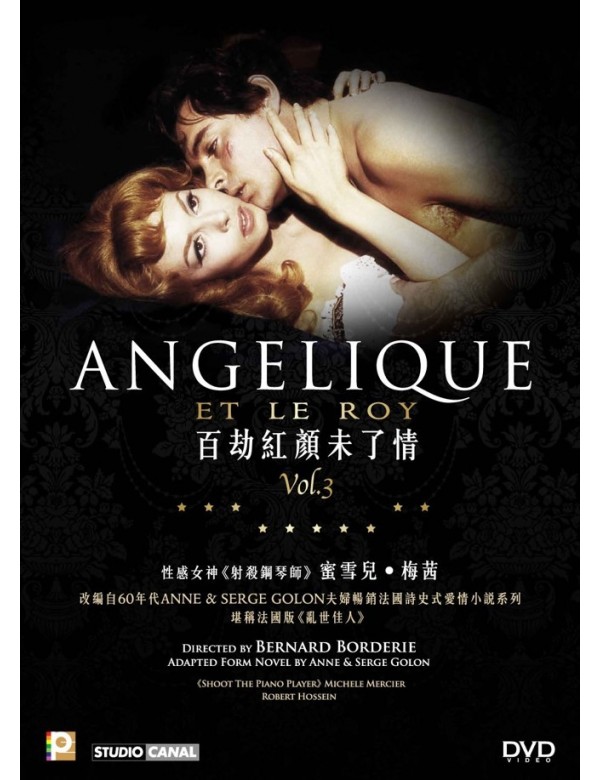 HKD$29.00
HKD$9.00 Save HKD$20.00
Title: Angelique el te Roy
Director: Bernard Borderie
Starring: Michele Mercier
Type: FOREIGN
Genre: ROMANCE
Year: 1966
Synopsis:
Angelique, a beautiful woman who was forced t marry the ugly Joffrey de Peyrac to pay her father's debt. Despite his appearance, she is touched by his noble soul and soon falls in love with him. Though, their happinessis at stake as Louis XIV wishes to make her his mistress, he sends Joffrey in prison and burns him to death...
King Louis XIV asks Angelique to undertake a mission concerning the Persian ambassador. She eventually agrees. The diplomat soon falls in love with her and when she resists, takes her into captivity. The Hungarian Price Racoczi is in charge of setting the young woman free. Racoczi and Angelique's relationship becomes intimate, which arouses the jealously of the King. Louis XIV reveals to Angelique that her first and beloved husband has not died as she believed. Fired by a mad sense of hope, her aim from now on is to find him again.