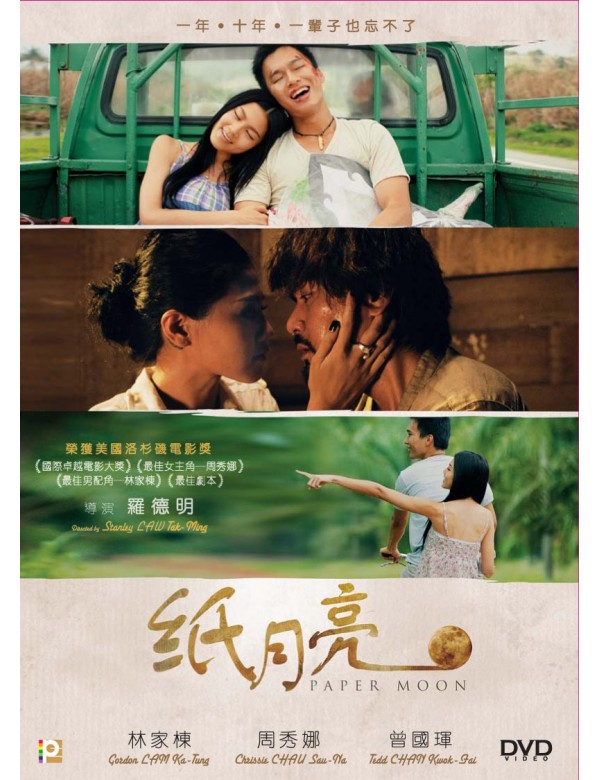 HKD$29.00
HKD$9.00 Save HKD$20.00
Paper Moon
Director
Stanley LAW Tak-Ming      (The Kid from the Big Apple)
Cast
Gordon LAM Ka-Tung        (Overheard 3)(Z Storm)
Chrissie CHAU Sau-Na     (Break Up 100)
Tedd Chan
Synopsis
The story of 'Paper Moon' is inspired by the popular TV series 'The Iron Lady' which has won 5 Golden Awards. Chen Tiansong from a poor family which produced kites; had a crush on Gao Shiqin – a girl from a wealthy family who later became the iron lady. The pure love between the young couple subsequently led to a romantic yet bitter end.
Tiansong suppressed his feelings for Shiqin by making kites until he met Gao Manhua. In order to search for the first love who had hurt her mother, Manhua came all the way to Kelantan. The arrival of Manhua stirs up the emotions of Tiansong – who reminds him of the fond memories with Shiqin. Tiansong is somewhat frustrated with the entanglement with Manhua and feels perplexed at times – because Manhua looks exactly like Shiqin. What's the true motive of Manhua finding Tiansong? Will Tiansong fall for Manhua, as if fate gives him a second chance to fall in love again?