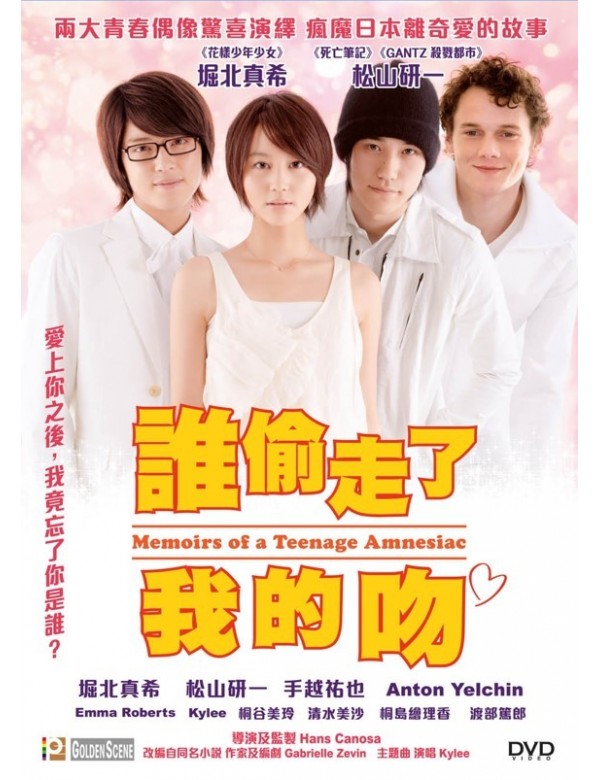 Memoirs of a Teenage Amnesiac (DVD)

HKD$19.00
Title: Memoirs of a Teenage Amnesiac
Director: Hans Canosa
Starring: Kenichi Matsuyama,Maki Horikita
Type: JAPANESE
Genre: ROMANCE
Category: I
Year: 2010
Synopsis:
Naomi Sukuse took a brutal tumble down a staircase, landing literally headfirst. After an ambulance takes her to a hospital, she discovers that she has lost her memory of the past four years. After that she was accompanied by disturbing flashbacks of kissing a “faceless” boy, which she could not figure out who the boy was: “boyfriend” Ace, best friend Mirai or mysterious Yuji. Who did Naomi really love before losing her memory? Who does she love now? And who did really love her before the accident?