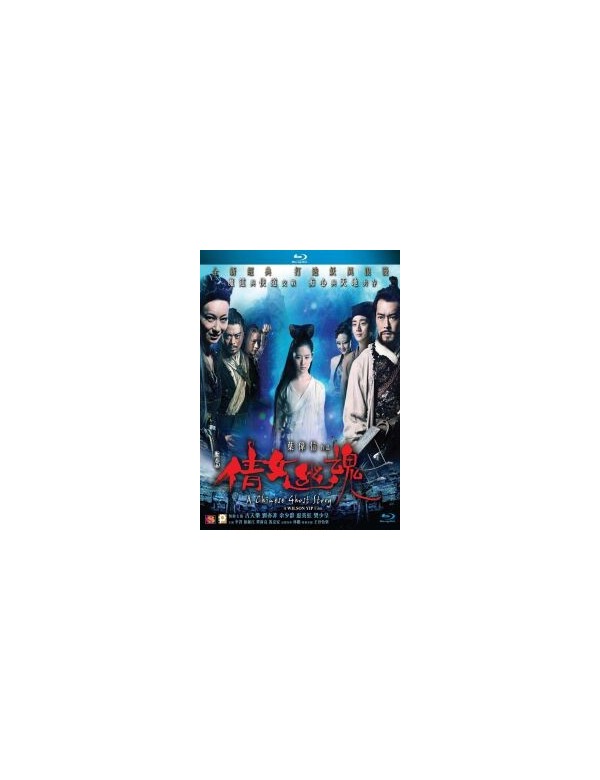 HKD$49.00
Title: A Chinese Ghost Story (Blu-ray)
Director: Wilson Yip
Starring: Louis Koo, Liu Yifei,Yu Shaoqun, Louis Fan, Kara Hui
Type: CHINESE
Genre: DRAMA
Category: IIA
Year: 2011
Synopsis:
he story takes place in an ancient mountain village.There were spirits and tree monsters living on Black Mountain and these demons were always engaged in slaughter and bloodshed.The villagers all fear to enter the mountain and the Lan Ruo temple within the mountain.
When Yan Chi Xia (Louis Koo) was still young, he chose Black Mountain to practice and realize his dreams of becoming a good Demon Hunter.He experienced many dangerous battles with demons in Black Mountain.His sword became more fearful, and he gets more powerful and confident as he overcomes all the spirits and monsters until the day he met Nie Xiaoqian (Crystal Liu Yi Fei) and their sad story begins.
Many years later, when the river at the base of Black Mountain dried up, the villagers made the decision to search for a water source on the mountain. Humans, ancient spirits and tree monsters enter into conflict. From there, another romantic legend emerges …