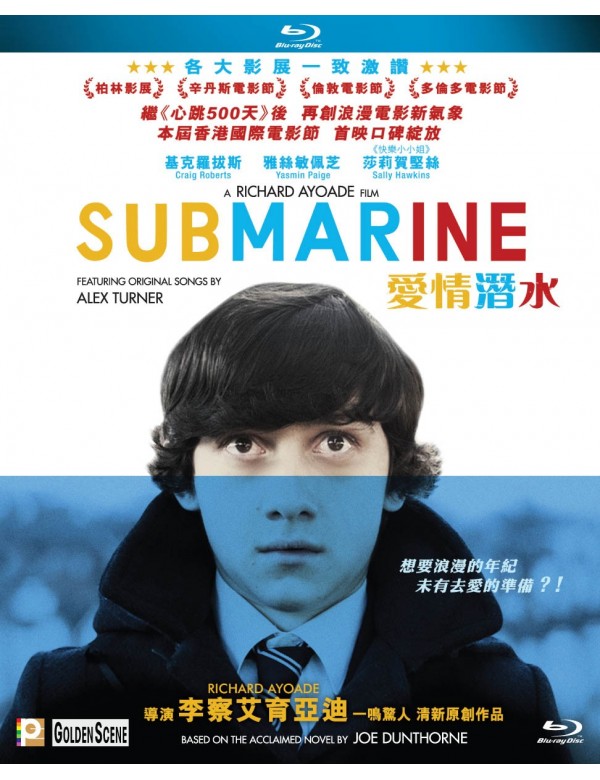 HKD$49.00
Submarine
Director
Richard Ayoade   (The Double)
Cast
Craig Robert     (Neighbors)
Yasmin Paige     (The Double)
Sally Hawkins    (Blue Jasmine)
Synopsis
One boy must fight to save his mother from the advances of a mystic and simultaneously lure his eczema-strafed girlfriend in to the bedroom armed with only a wide vocabulary and near-total self belief. His name is Oliver Tate. Fifteen-year-old Oliver Tate has two big ambitions: to save his parents' marriage via carefully plotted intervention and to lose his virginity before his next birthday. Worried that his mom is having an affair with New Age weirdo Graham, Oliver monitors his parents' sex life by charting the dimmer switch in their bedroom. His love interest Jordana is refreshingly complicated: a self-professed pyromaniac, she supervises Oliver's journal writing - especially the bits about her. When necessary, she orders him to cross things out. Based on Joe Dunthorne's acclaimed novel, Submarine is a captivating coming-of-age story with an offbeat edge.