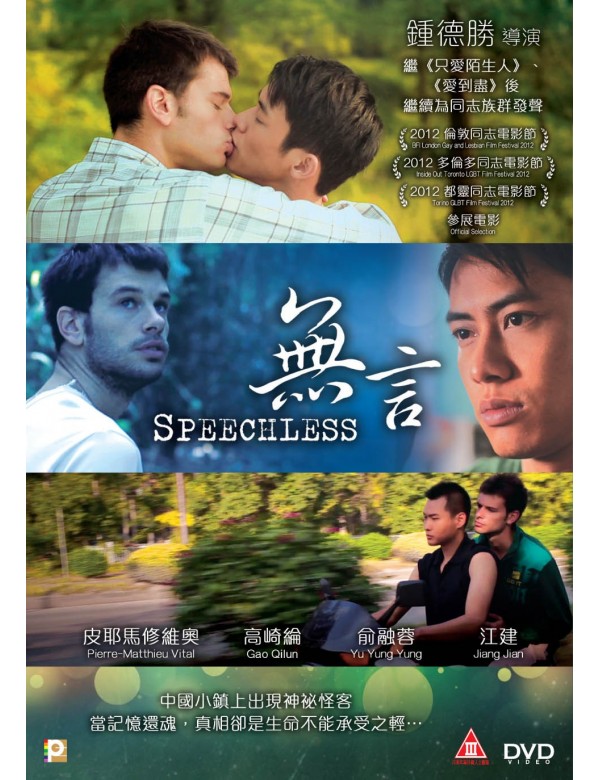 A mysterious stranger appears in town
When memory relives, the truth becomes unbearable

The latest work of the director of “Innocent” (2005) and “End of Love” (2008). A young westerner was found naked at a riverbank near a remote area in Southern China. He wakes in a state of speechlessness but he feels a mutual yet peculiar familiarity with the nursing assistant, Jiang. In order not to have him sent to the mental asylum, Jiang saved him and brought him to the village where his uncle resides. The slow unfolding of the past events made Jiang discovered his muteness is related to a man he was once deeply in love with.

Fate transcends gender differences; yet if the love is destined to fade, it will. Director Simon Chung continues to represent the voices of the queer, yet the film does not only focus on homosexuality, but also the frustration of love.