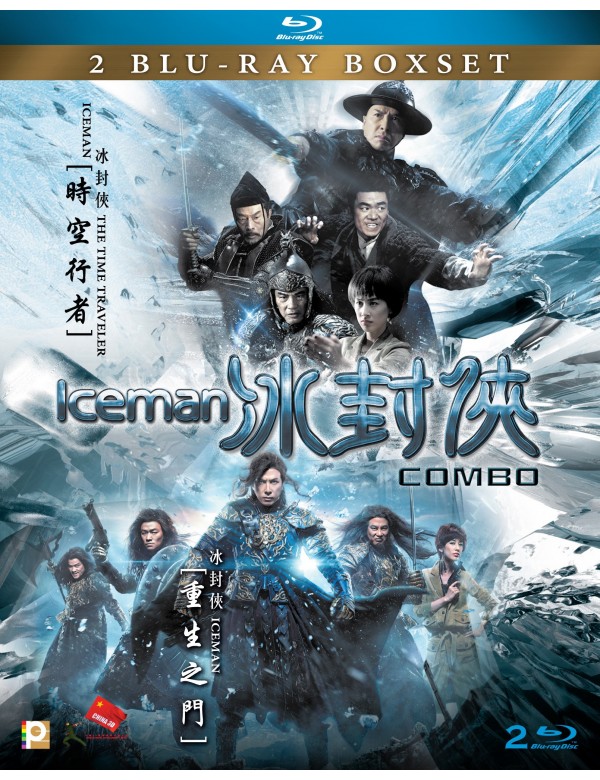 Iceman
Synopsis
The Ming Dynasty lives four orphans, Ying, Yuanlong, Niehu and Sao. Raised in Taoyuan Village, the four are as closed as brothers. Their exceptional martial arts skills allow them to reach the highest rank within the imperial guards. The Emperor orders Ying to escort the Golden Wheel of Time from Sindhu (now India) back to the capital, which is said to have the power of time travel and foresee into the future.
The Emperor believes that Ying killed Tu in order to conceal his identity as traitor; the Trio sent out to catch him. From the evidence presented, Ying comes to the conclusion that the traitor has to be one of the trio, he chooses to fight his way out. The intensity of the duel has shaken the earth causing an avalanche that buries the four during the heat of battle. Now in 2013, a mysterious financer digs up three ancient icemen; they are Ying, Sao and Niehu; a traffic accident unexpectedly defrosts Ying. May gives Ying shelter, they gradually start to fall for each other. Ying comes across a historical record on the internet stating that he plotted a revolt which branded him with the reputation of a traitor in history. For Ying to correct history, he must use the Golden Wheel of Time.

Iceman: The Time Traveler
Synopsis
Following the showdown on Tsing Ma Bridge, He-Ying and Sao are missing after falling into the sea. Meanwhile, Yuan-Long uses the police force to search for them, and eventually finds He-Ying. He-Ying decides to activate the Golden Wheel of Time to rectify history and save Taoyuan Village.

Yuan-Long, He-Ying and Nie-Hu head to Beijing to search for the Golden Wheel of Time. However, He-Ying is being slowly led to a trap…
PANCB1812071