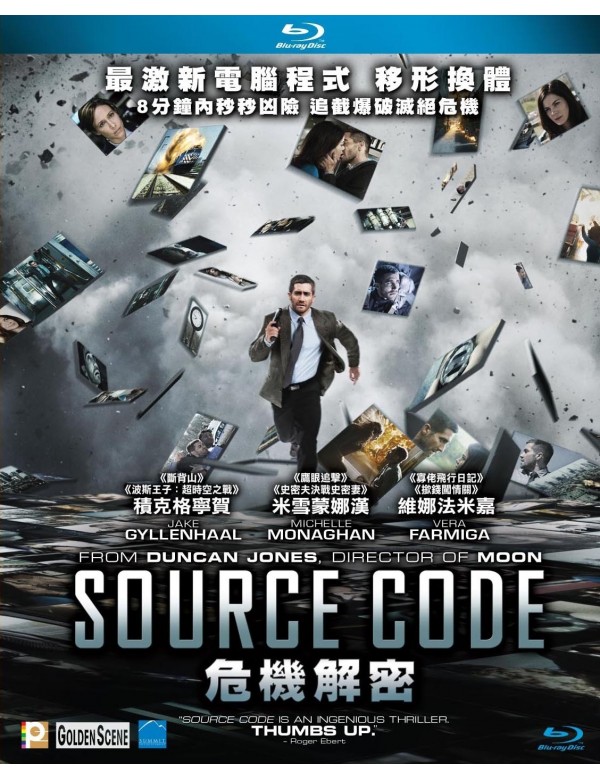 HKD$69.00
Source Code
Director
Duncan Jones            (Warcraft)
Cast
Jake Gyllenhaal         (Brokeback Mountain)(Everest)
Michelle Monaghan  (Eagle Eye)
Synopsis
Captain Colter Stevens (Jake Gyllenhaal) awakens on a speeding commuter train with no idea how he got there. Seated across from him is Christina (Michelle Monaghan), a woman he doesn’t know, but who clearly believes she knows him. Seeking refuge in the bathroom, he’s shocked to see another man’s reflection in the mirror and ID cards in his wallet belonging to school teacher Sean Fentress. Suddenly a massive explosion rips through the train.
Almost instantly, Colter is transported to a high-tech isolation unit where a uniformed woman named Goodwin (Vera Farmiga) demands to know everything he saw. Colter has been on a high-priority mission to identify a bomber who destroyed a train just hours earlier and who plans to kill thousands more with a much larger explosion in the heart of Chicago. A top-secret program, code-named ‘source code’, allows Colter to exist briefly as Sean in the parallel reality of the doomed commuter train.
Each time he returns to the train, Colter has just eight minutes to uncover the bomber’s identity. He gathers new bits of evidence each time, but his quarry eludes him. The more he learns, the more convinced he becomes that he can prevent the deadly blast from ever happening—unless time runs out first.