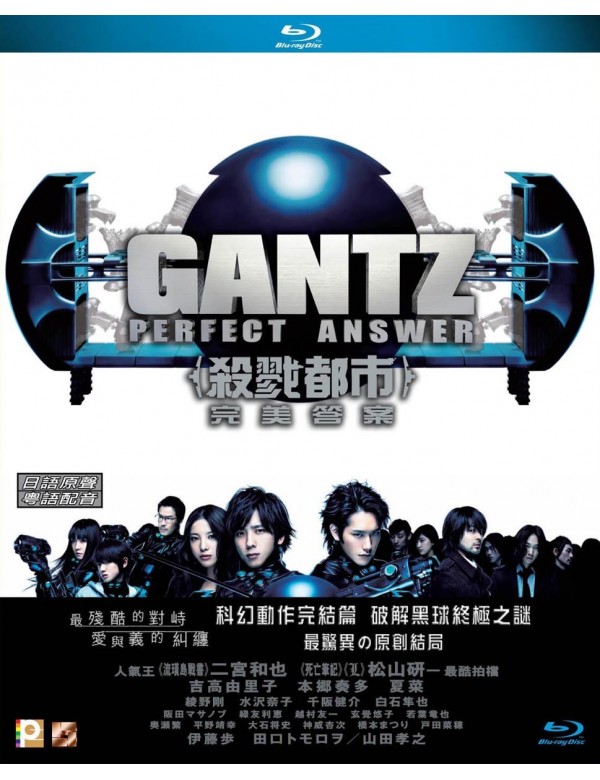 
Synopsis
The people who should be dead§ are teleported to a mysterious apartment by the black sphere GANTZ.

GANTZ summons and scores them for killing aliens. When they earn 100 points, they are given the option of being freed or reviving any deceased person.

After adapting to combat against mysterious aliens, Kurono (Ninomiya Kazuya) vows to make it out of his unusual situation alive. He continues to fight in an attempt to bring Kato (Matsuyama Kenichi) back from the dead after he loses his life in a fierce battle. However, he receives an order to exterminate Kojima Tae (Yoshitaka Yuriko), the girl for whom he has a strong feeling, and becomes caught up in a struggle between humans.
PANJB1112060