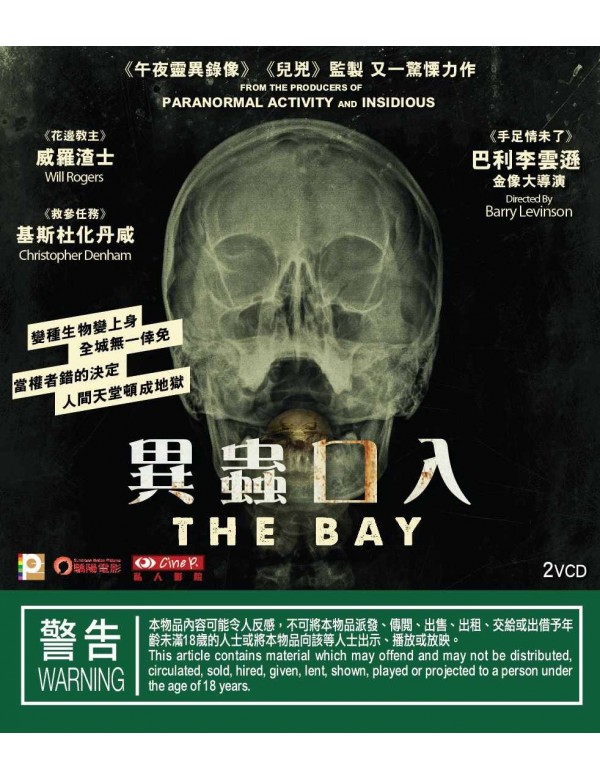 HKD$19.00
The Bay
Synopsis
The quaint seaside town of Chesapeake Bay thrives on water; it is the lifeblood of the community. When two biological researchers from France find a staggering level of toxicity in the water, they attempt to alert the mayor, but he refuses to create a panic in the docile town. As a result, a deadly plague is unleashed, turning the people of Chesapeake Bay into hosts for a mutant breed of parasites that take control of their minds, and eventually their bodies. A brutal and harrowing creature feature for the 21st century, THE BAY chronicles the descent of a small town into absolute terror.
VCD
PANOV1409040