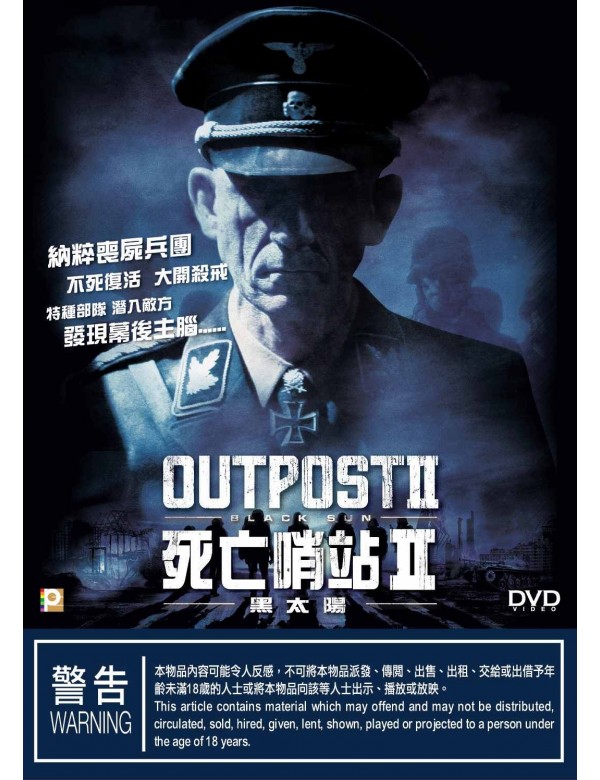 HKD$29.00
HKD$9.00 Save HKD$20.00
Outpost II: Black Sun
Director
Steve Barker
Cast
Richard Coyle
Catherine Steadman
Synopsis
In 1945, with WW2 seemingly lost, a German scientist named Horst Klausener proposed a terrifying last option that could turn the tide of battle and give Hitler complete world domination. He would use frightening new technology to create an unstoppable and immortal Nazi army. However, before he could complete his mission, Klausener disappeared and his secrets vanished with him. Until now . . .
Flash forward to present day, and a NATO task force is hurriedly deployed to Eastern Europe, where a sinister enemy appears to be mercilessly killing everything in its path. But this is no ordinary foe. Only Lena, a gutsy investigator on the trail of notorious war-criminal Klausener, accepts the reality of what they are facing; a battalion of Nazi Storm-Troopers, a veritable zombie army on the march.
With the help of Wallace, a man who’s been chasing Nazi secrets for years, the two of them team up with a Special Forces Unit to venture deep behind enemy lines. Their mission: to fight their way back to the source of this evil army and prevent the seemingly inevitable rise of the 4th Reich.