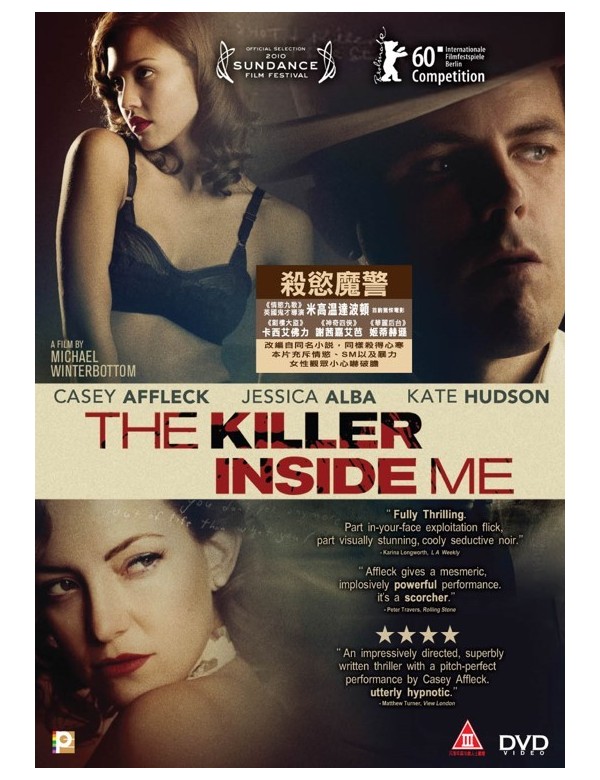 The Killer Inside Me (Blu-ray)


Synopsis
Based on the novel by legendary pulp writer Jim Thompson, Michael Winterbottom’s THE KILLER INSIDE ME tells the story of handsome, charming, unassuming small town sheriff’s deputy Lou Ford.
Lou has a bunch of problems. Woman problems, Law enforcement problems. An ever-growing pile of murder victims in his West Texas jurisdiction. And the fact he’s a sadist, a psychopath, a killer. Suspicion begins to fall on Lou, and it’s only a matter of time before he runs out of alibis. But in Thompson’s savage, bleak, blacker than noir universe nothing is ever what it seems, and it turns out that the investigators pursuing him might have a secret of their own.