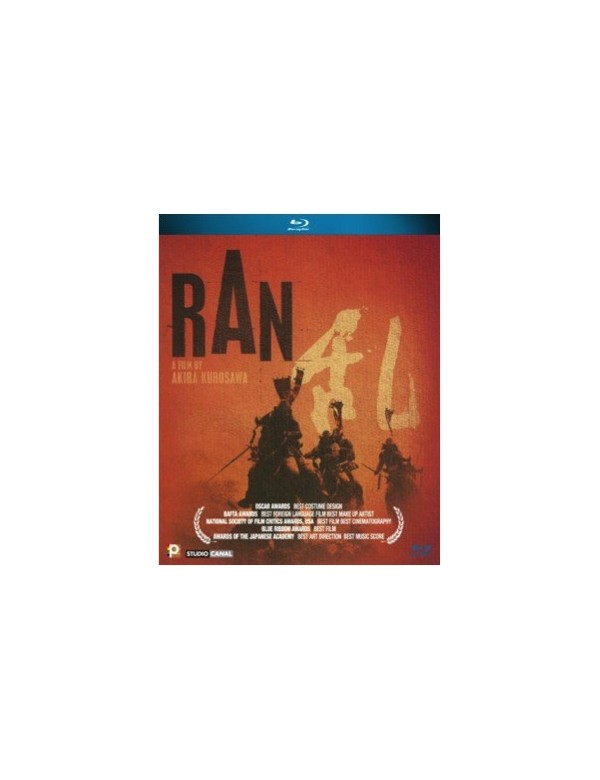 HKD$69.00
Ran
Director
Akira Kurosawa      (Rashōmon)
Cast
Nakadai Tatsuya     (Kagemusha)
Akira Terao               (Dreams)
Synopsis
This is a Japanese adaptation of Shakespeare's King Lear. An aging warlord decides to split his kingdom between his three sons, who will live in three separate castles. The two eldest sons are quite happy, but the youngest thinks his father has gone mad, and predicts that it won't be long until the two older brothers are fighting with each other.