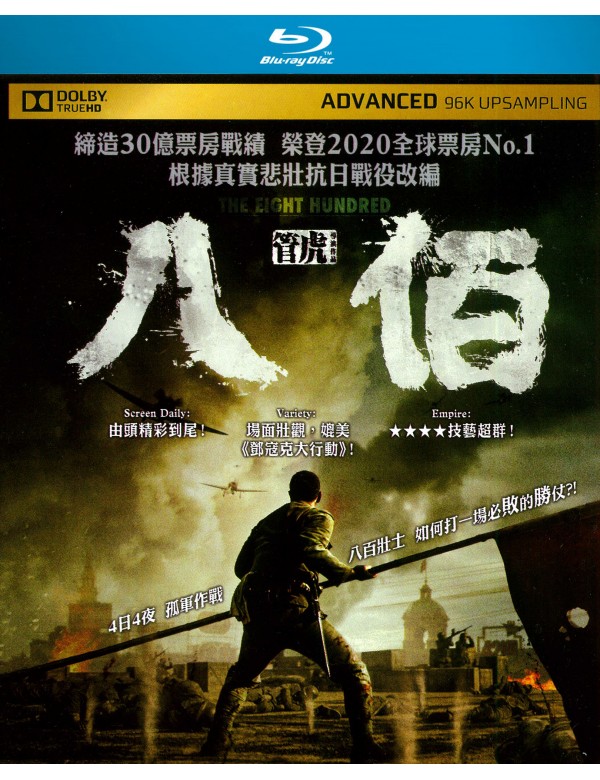 The film is based on true stories taking place during Sino-Japanese war in Shanghai, China, in 1937, the battle and protection of the Si Hang Warehouse. There are around 400 soldiers (so called Eight Hundred Heroes in history), holding out against numerous waves of Japanese forces for 4 days and 4 nights…….