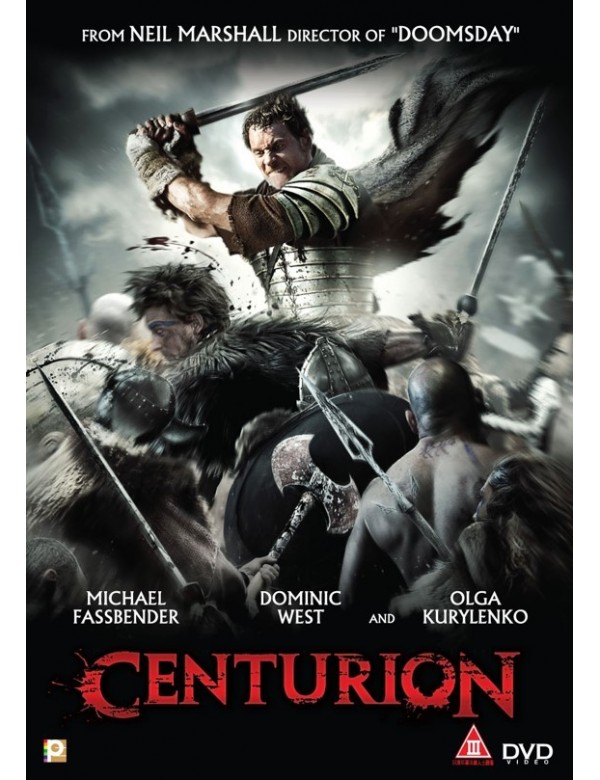 HKD$19.00
Title: Centurion
Director: Neil Marshall
Starring: Michael Fassbender,Dominic West,Olga Kurylenko
Type: ENGLISH
Genre: WAR
Category: III
Year: 2010
Synopsis:
AD 117. The Roman Empire stretches from Egypt to Spain, and East as far as the Black Sea. But in northern Britain, the relentless onslaught of conquest has ground to a halt in face of the guerrilla tactics of an elusive enemy: the savage and terrifying tribesmen known as the Picts.
Quintus (Michael Fassbender) , sole survivor of a Pictish raid on a Roman frontier fort, marches north with General Virilus’( Dominic West) legendary 9th legion, under orders to wipe the Picts from the face of the earth and destroy their leader Gorlacon.
But when the legion is ambushed on unfamiliar ground, and Virilus taken captive, Quintus faces a desperate struggle to keep his small platoon alive behind enemy lines, evading remorseless Pict pursuers over harsh terrain, as the band of soldiers race to rescue their General, and to reach the safety of the Roman frontier.