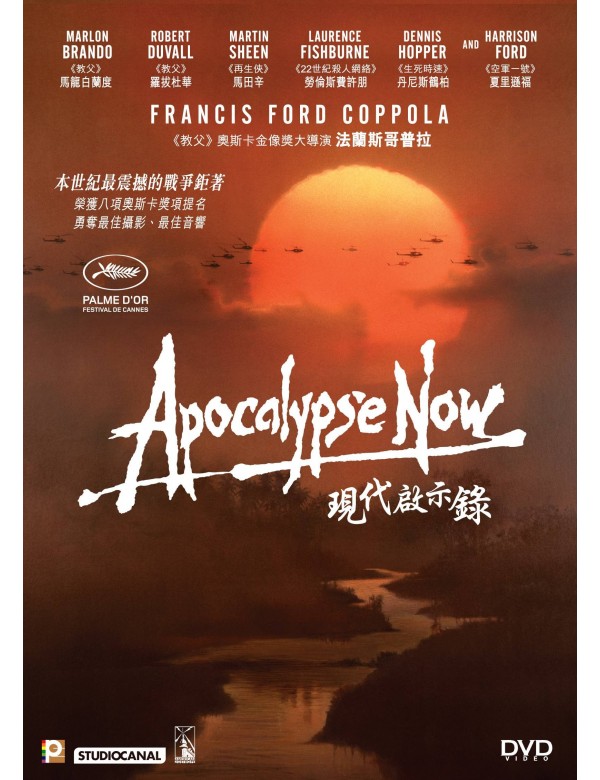 HKD$39.00
Title: Apocalypse Now
Director: Francis Ford Coppola
Starring: Marlon Brando, Martin Sheen, Robert Duvall, Harrison Ford
Type: ENGLISH
Genre: WAR
Category: IIB
Year: 1979
Synopsis:
Francis Ford Coppola has created a true masterpiece with this movie. Apocalypse Now explores how the evil and madness of war can creep into a man's heart and lay root there. Lieutenant Willard(Sheen) has received orders to hunt down and kill Colonel Kurtz (Brando), who has gone crazy and become not a warrior but a butcher. An incredible plot, amazing cinematography, and great acting is betrayed by a script that starts off gripping but soon slows to a crawl and keeps decelerating from there. Most of the movie is spent in a gun-boat moving down a river with Willard telling the story of the fallen colonel.